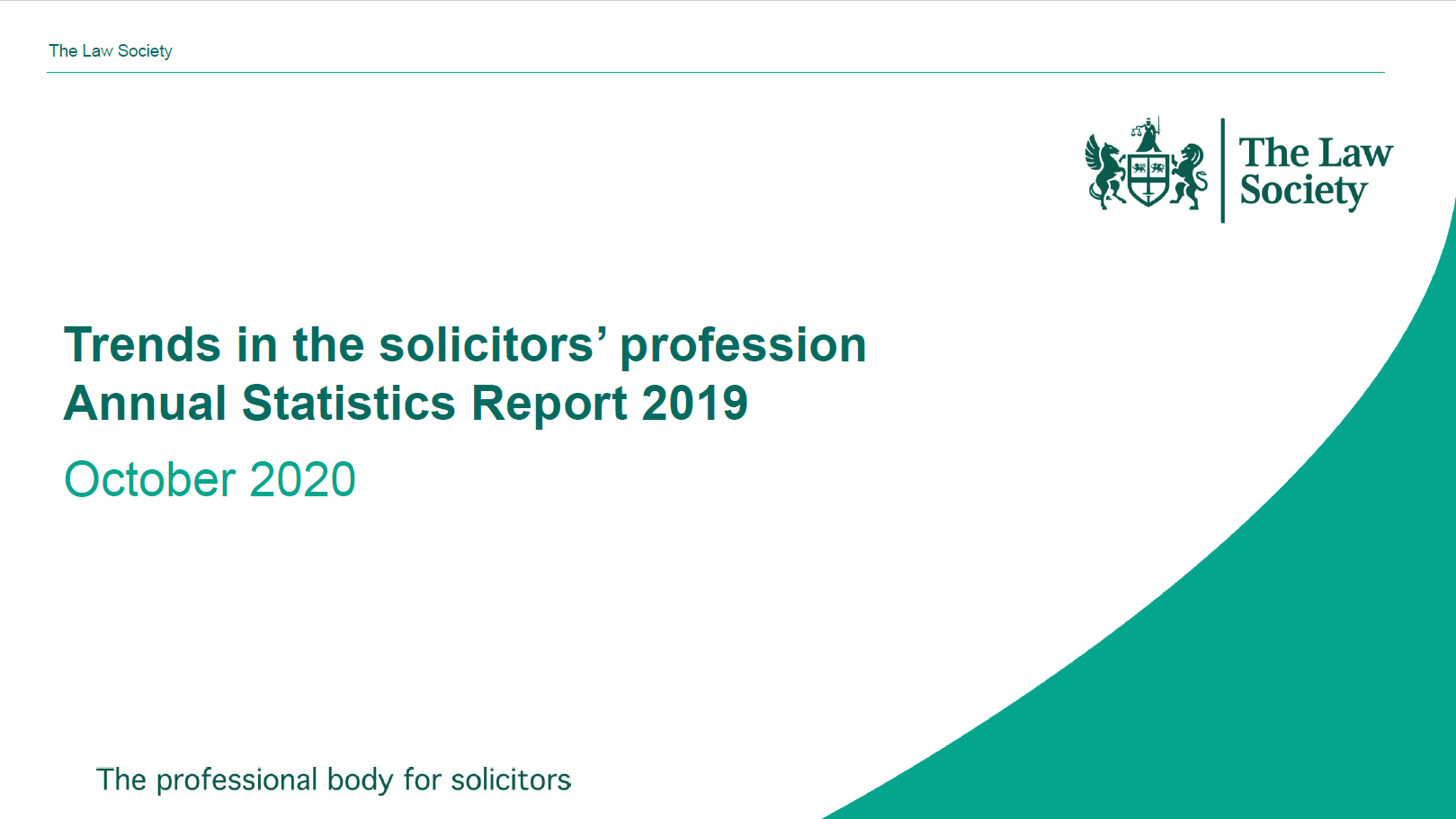 The Law Society Annual Statistics Report (ASR) has been compiled for over 30 years and provides a comprehensive picture of how the size and structure of the solicitors’ profession has evolved.

The ASR has tended to focus on private practice, which continues to employ most practising solicitors. However, in-house solicitors now make up almost one-quarter of the profession.

This year’s report expands on visually representing the distribution of practising certificate (PC) holders by:

Part one of the report looks at qualified solicitors, the sectors and the entities in which they work and analyses the diversity within the profession.

Part two covers the development and entry of new solicitors including numbers pursuing law degrees, training contracts and being admitted to the profession through various routes.

Key findings from this year’s report (with a focus on gender) show that:

You can download a copy of the report here.